Why did you build downpayment.gift?

It's our origin story... why did we create downpayment.gift?

Why did you create downpayment.gift?

A little back story…

In 2010 we started attending Wedding Shows to generate business from first-time homes buyers.

We were in Santa Rosa, CA in Sonoma County, about 45-50 minutes north of San Francisco. There were several wedding shows at that time (and still today). The largest was the Wedding Expo which often features 900-1100 brides or couples in attendance over 2 days. We would attend this show twice a year and a second, smaller show, twice per year. The show were always in Sept/Oct and January. 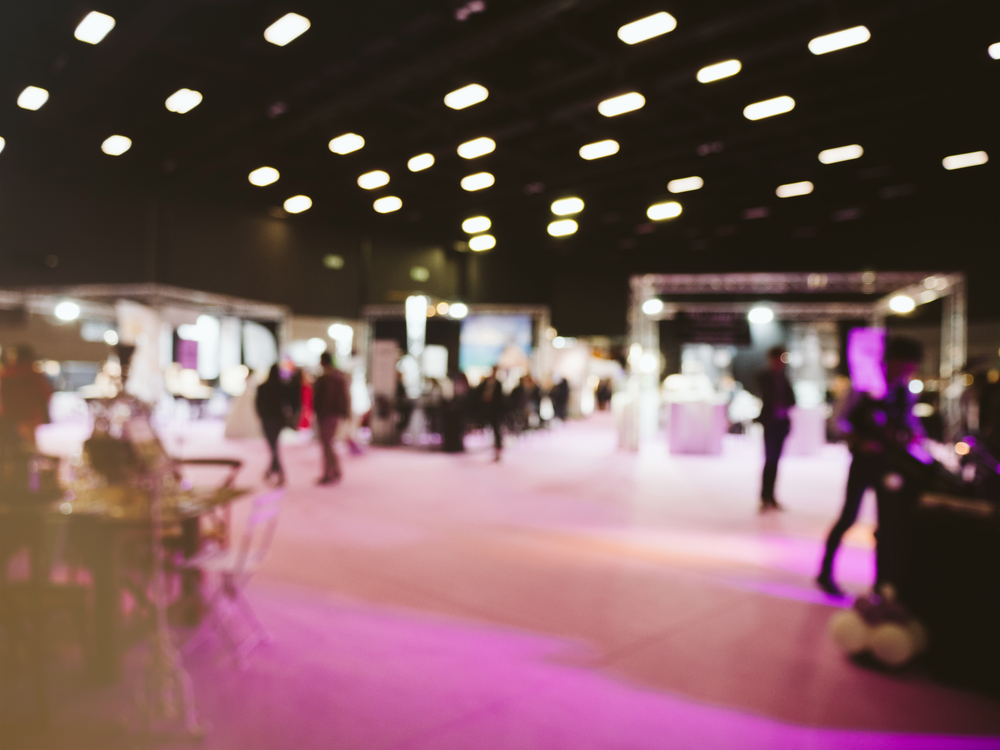 At the shows we would run giveaways, raffles, serve wine if allowed and collect surveys (lead forms).

These marketing efforts proved to be great way to build a database of prospects with name, phone, address and such. The survey component allowed us to segment the leads between those that just wanted to win the raffle (bedandbreakfast.com gift cards) and those that might be interested in buying a house sooner rather than later. The reception of a mortgage company at these wedding shows proved better than we expected.

Snapshot of our booth at The Wedding Expo, circa 2015

We started this marketing effort in 2010, the same year I started the branch itself. Myself and the team came out of a local call center lender in Santa Rosa. I had only been in the business for 18 months when I applied to start my own branch. In fact, I start in October 2008 and the branch was finally licensed in June 2010.

The idea for wedding marketing was not ours. I stole that from a 2006 talk from the Loantoolbox. Industry veterans may remember that information product from 15+ years ago. I worked for Greg Frost Sr. and Greg has put all his content in the LoanToolBox and I would listen, read, watch this stuff like crazy. I was obsessed with learning as much as possible as fast as possible. (put this in context, on my first day in October 2008 I did not know how to operate a mortgage calculator– the trainer had know idea I was not following. I am great at math… I have an engineering degree after all, computer science! – however, that day I was following the interest only but that is about it.). I was a quick study and when we looked at the 2006 call that was voted best new marketing idea at some show…. I need to look for this content so I can attribute the present of this call… this mp3. Much of that stuff from 2010 was lost from server and disk drive changes. too bad. I would love to go back and review some of that stuff. Surprisingly there are some great coaches for mortgage loan officer and branch managers… but no one was aggregated so much loan content like the Loantoolbox and Tim Braheem. I wish this legacy content would be tossed up on a podcast feed for posterity.

Anyway, we looked at the Sonoma Bridal Show and the Wedding Expo and signed up and prepared are booth and marketing. The return on investment was pretty fast. We did some refi’s and purchases which the first several months. The follow up that worked the best was holding in-person First Time Home Buyer seminars in Santa Rosa. (…did I mention we worked for Greg Frost??). So we would invite this list to seminars over and over and gradually pull out the buyers from the mix. Once we even had an outbound call night on a Thursday where we divided up the list and tried to call everyone in one evening.

By September 2011 I was looking for ways to mix up the presentation and stubbled on an online Time magazine article that talked about FHA Bridal Down Payment Registries. It was published in August 2011 and we printed that and added to the survey a checkbox… ___ Send us info on HUD approved down payment registries.

Here’s that article: still ranks high in my Google search

We researched the Mortgagee letters from the 90’s and printed a few other articles but that was about it. I think we printed a few more posters at Costco on their large format printer that referenced the Registry idea.

There were a few sites on the web that referenced a down payment registry but they were most websites that front end a paypal email. …pretty early approaches. There were 2 business models: 1) a percent of donation (still used by the gofundme, honeyfund, zola) or 2) use us as your Real Estate agent on the buyer side or an agent that pays a referral fee to the registry. Often the referral would need to cross state lines. Yikes. That is crazy to see a 25% commission referral to the registry. I don’t think it worked well. The sites that charged a fee spent a ton of words on their pages to try to justify the fees. Often the funds would go to them and not to the home buyer directly. Would you trust a nobody company or website to collect and hold funds for you for months and months? Maybe one of these sites is still lingering on the web today. Most folded or just disappeared.

Okay… back to the Sept 2011 show. we got the data back… and after getting about 120-130 lead survey forms… a whopping 54% of non-home owner respondents checked the box expressing interest in the Down Payment Registry idea and requesting information. Shit! What are we going to do to address that? It was the top “vote getter” on the survey too. Crazy to think.

Actually it should be obvious… this was the one thing that was relevant to them in planning their wedding and getting married. The Home purchase was usually after the wedding plans so asking them to consider a Home purchase usually was a bit more distant. But the down payment registry idea was for the here and now. …and they were gobbling it up. Of course, some brides hated the idea. How tacky to asked for money. I would never do that. (if they only knew the origins of the modern wedding gift registry that was created by retailers to sell stuff–more on that in later articles). Often the grooms in attendance or the parents were nodding their heads saying yes, yes please.

In subsequent years we did create some offers around the down payment registry idea and they did okay. We never had a good online option to give to these buyers and we did not want to recommend a 3rd-party that would lose control of the lead and point it off in a different direction. One year we setup a deal with a US Bank branch manager to create saving accounts for couples, no fees, that would accept “escrow” like deposits from over the transom. …but these were time consuming to setup up and at the end of the day was just a bank account. It may have addressed the legacy FHA guidelines but it did not help couples get money from credit and debit cards online.

I wanted to create something for lenders and loan officers but I was too busy trying to operate a mortgage branch and close loans. I did register a couple domain names in 2012 and 2013 – the sign of a true side project.

Why did we create downpayment.gift?

I wanted to continue wedding mortgage marketing without dedicating 4+ weekends a year and without the relentless follow up to make it work.

Yep, I needed a SaaS app to get my weekends back. Plus I felt that couples would swing around to favor online registries compared to the traditional retail experience (think scanners at Target and Macys – think bride zilla)

I wanted to market to engaged couple all year long on social media… including Facebook which had released new targeting that made it easy to target brides and grooms. Now we have Instagram, Facebook, Youtube, Google and others that permit local and laser targeting. I wanted to market all year long, not just 4 weekends a year + plus drip campaigns and mailers.

How did the current, new downpayment.gift come about?

In late 2016, I bought a SaaS app that used the Stripe Connect platform to collect funds for retailers. It was a platform and gave a hint how this might be designed to work. I resigned my mortgage branch in 2017 to get back into software in May 2017 and was pitching unbuilt versions of this product in June 2017. I ran FB Ads to 3 webinars in a 4 day push to collect feedback. There were about 65 attendees. There was interest enough to make it worth building. 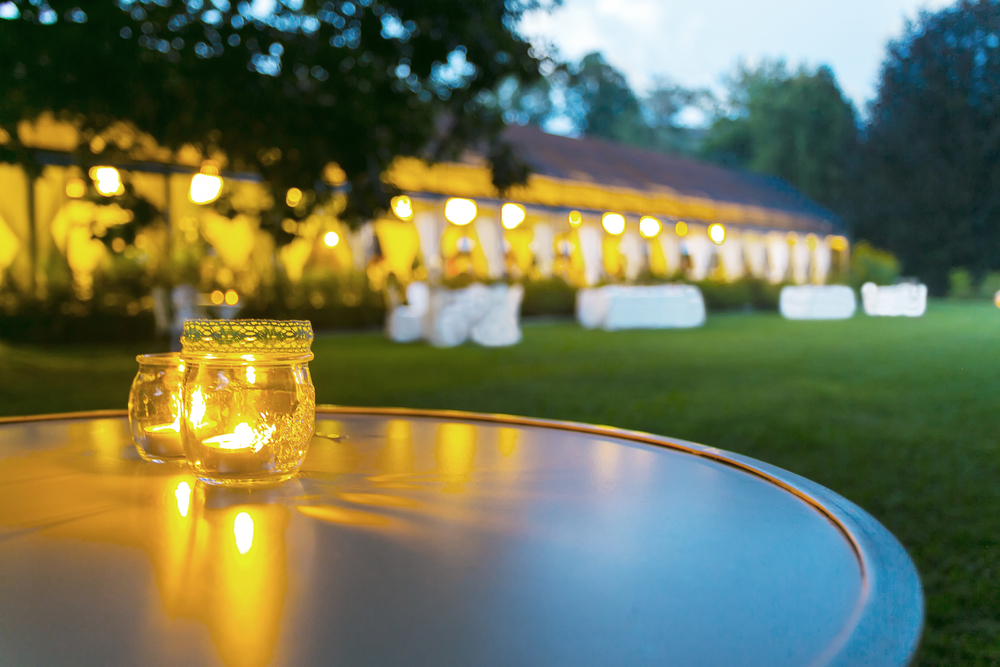 …fast forward and we have a complete system built and roadmap and a RENEWED vision to help first time buyers.

Lastly… Coronavirus / COVID-19 makes it even more important to expand the platform in 2020 and help wedding couples that have been hurt by the pandemic.

Join us with get.downpayment.gift and the Down Payment Project.

Loren is the co-founder of downpayment.gift, the downpayment registry software that helps mortgage loan officers close more purchase loans while providing them a unique service. Loren was a Loan Officer and Branch Manager from Oct 2008 through 2017. Today he’s focused on using technology to make the process easier for loan officers and borrowers. He holds a BS Engineering from University of Illinois in Computer Science.